In this age of 24 hour rolling news, are you being honestly informed on what is happening in the world? Are you being sold a truthful picture of world events, without a conflict of interests, or political bias? Can you trust the institutions that broadcast into your home on a daily basis, and feed you headlines in daily newspapers? Do you ever seek out a different view, or question what you’re being fed by seeking out other opinions? I am going to suggest and recommend that now, more than ever, it’s time to do just that. Not just on a whim, or out of curiosity, but on a daily basis. If you’re not informed, can you make informed judgement on events that effect every part of your life and future?

What Is Wrong With Mainstream Media?

Have you ever stopped to consider just why a certain report is shown to you on the news? What exactly are they telling you, and why? 24 hour news channels have a lot of ‘dead air’ to fill. Therefore a lot of cases end up with them showing you vaccuous reports that fail to inform you of anything useful. For instance, here’s a sketch from comedian, and commentator, Charlie Brooker. I think it illustrates the point well…

I know most of you will recognise this ‘style’ of reporting. You witness it every day on the BBC, Sky, and similar outlets.

Why Should I Bother?

The short answer is it’s important, very important. Many people felt lied to and cheated when the US and UK went to war in Afghanistan and Iraq. They went based on flimsy ‘evidence’, or advice, from our intelligence services. If we had known the full picture before these campaigns were signed up to, many would like to think we’d have taken a different path.

For example, recently we’ve seen the US and UK governments pushing for military intervention in Syria. The result of any such action will inevitably lead to massive loss of innocent civilian life. Equally, it will also cost the taxpayer huge amounts of money. Yes, you and I pay for these wars with our taxes. At this time we’re being told by our governments we have to accept “Austerity”. We should question with precision detail how every tax pound, of our money is spent. Are we sure, without doubt, that there’s very good and honest reasons for doing so?

Bearing all this in mind, the following story from RT should be something that everyone is very aware of…

“Nearly two dozen of the commentators who appeared on major media outlets to discuss a possible US military strike on Syria had relationships with contractors and other organizations with a vested interest in the conflict, according to a new report.”

“Perhaps the most notable example is that of Stephen Hadley, a former national security advisor to President George Bush who argued in favor of striking Syria in appearances on CNN, MSNBC, Fox News and Bloomberg TV. He also wrote an editorial in The Washington Post with the headline, “To stop Iran, Obama must enforce red lines with Assad.”

Nowhere in those appearances was it disclosed, according to the report, that Hadley is a director with Raytheon. A weapons manufacturer that produces the Tomahawk cruise missiles. The US almost certainly would have used them had it intervened in Syria. Hadley earns an annual salary of $128,5000 from Raytheon and owns 11,477 shares of Raytheon stock. His holdings were worth $891,189 as of August 23.”

So, a guy with close to a million dollars worth of stock in a weapons manufacturer (already paying him a handsome salary) thinks we should be going to war with Syria. That’s outrageous bias, if you ask me, and a clear conflict of interests. And I’m sure you won’t hear Sky, or the BBC (for example) telling you this.

What is Alternative Media?

A good question, and a simple answer would be anything outside of the mainstream channels of television, and press. So that’s foreign news channels, YouTube videos, and internet blogs and forums. Don’t make a false assumption that because you are not seeing some of the more ‘sensational’ reporting found in these places in the day to day corporate media, that it follows none of it is true. Sure, there will be some stuff and nonsense you’ll have to wade through. But you’ll come to see that this is equally true of conventional media.

I’m not here to tell you what alternative media to watch, or read, that should always be a choice left to the individual. What I can do though is give you some suggestions, and recommendations. Don’t ever let people tell you what news to watch (or accept), decide that yourself. Do your own homework, at the end of the day.

For TV News, I’d recommend you take a look at RT.com (formerly Russia Today) if you have digital (Freeview, Satellite or Sky). If you haven’t heard of RT before, here’s some facts about them taken from Wikipedia…

“RT’s signal is carried by 22 satellites and over 230 operators. This allows some 630 million people to watch the channel in more than 100 countries. RT America is available to 85 million people in the United States. In 2011 it was the second most-watched foreign news channel in the U.S. after BBC World News. 2012 saw it become the number one foreign station in five U.S. urban areas. In 2013 RT has become the first TV news channel in history to reach 1 billion views on YouTube. According to the Broadcasters’ Audience Research Board between 2.25-2.5 million Britons tuned their televisions to RT during the second half of 2012. It is the most popular news channel in Britain after the BBC and Sky.” 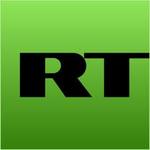 RT offers a refreshing mix of current “rolling” news, documentaries, and themed shows and debates. Two such shows I find unmissable are Breaking The Set and Keiser Report, which both break through the empty rhetoric that other news outlets serve up. The Keiser Report, in particular, continues to shine a light on financial fraud within Wall Street, The City’s square mile, and our governments. RT News is also available as an app for Apple and Android devices.

Of course there are other 24 hour news channels out there. Al-Jazeera, News 18 India, France 24, NHK World, CNC World, and many more available on satellite tv, offer a different perspective from other regions of the world.

Before moving on, I want to also mention the Iranian news channel, Press TV. Here in the west we are told Iran is the most dangerous nation threatening world peace, by Israel and it’s allies. I’m interested to know how they report world news. Frustrating then that our government has recently had Press TV removed from satellites broadcasting to the UK and parts of Europe. With some help from regulators OFCOM. Now I’m not going to defend Iran here, they also block european broadcasts coming into Iran, in a similar fashion. I’d like to hope we were bigger than that.

However you can still find Press TV on their website here, and there is again a free iPhone app available from iTunes here.

I’d like to also point out that Iran hasn’t started a war with anyone for around 300 years.

Regular video reports from all of the above TV channels can be found on what could be described as the central hub of ‘alternative media’ – that is, YouTube. Although now owned by corporate giants Google, YouTube nonetheless still provides a platform to all forms of news stories, debates, theories and discussion. Considering the content is uploaded freely by any individual, it is not restrained by strict editiorial policies that mainstream news channels are. While this naturally leaves it open to abuse, and ‘crazy’ conspiracy theories, it must also be recognised as it’s strength. As I said earlier, do your own homework. Check facts, and do your own research. You may not have that freedom to do so forever, if censorship of free speech grows, so take advantage of your freedom to do so as long as you’re able to.

A lot of you, if you start to check these YouTube channels out, will baulk away. Laughing or being scared at what you’ll just assume are crazy conspiracy theories. The phrase has become something of a dirty one these days. But it should be remembered that at heart, conspiracy theorists are simply searching out the truth.

For example, there are many major media events that continue to throw up and pose awkward questions. From the obvious such as 9/11, through many more such as 7/7 and some US shootings such as Sandy Hook, the Aurora ‘Batman’ shootings. And the recent tragedy at the Washington Navy Yard. There are some similar patterns in all of them too. For instance initial eye witness reports of extra shooters being conveniently forgotten when the mainstream media consequently report them, because they don’t fit the official ‘narrative’ being told. I, for one, am glad that there are people out there who refuse to accept everything they’re told without question. Even if some of them will appear to be delusional.

So I’ll sign off with one last recommendation in this area, the YouTube channel of StormCloudsGathering. I think you’ll find his videos interesting, if you approach them with an open mind, but do not forget to do your own research and check facts yourself. If it doesn’t appear to be your thing on first inspection, try a couple of videos, and then take it from there. Move on to other ones that are suggested via YouTube, or ones that simply take your fancy. Try to stick with it and not give up at the first hurdles.

I can’t make any of you do this, but I urge you to stop watching and reading your conventional news outlets. Not forever, just for a week, maybe two. Use some of these other means. If you do, I think you will view traditional media in a very different light when you go back to them. I myself have really noticed much more bias, and leading directions of news items that I hadn’t done, before I tried this. It is likely you’ll probably also notice how full our news is with celebrities and sports stars. Something I find not to be the case with foreign news I’ve viewed.

join the conversation
By: Medical Jobs