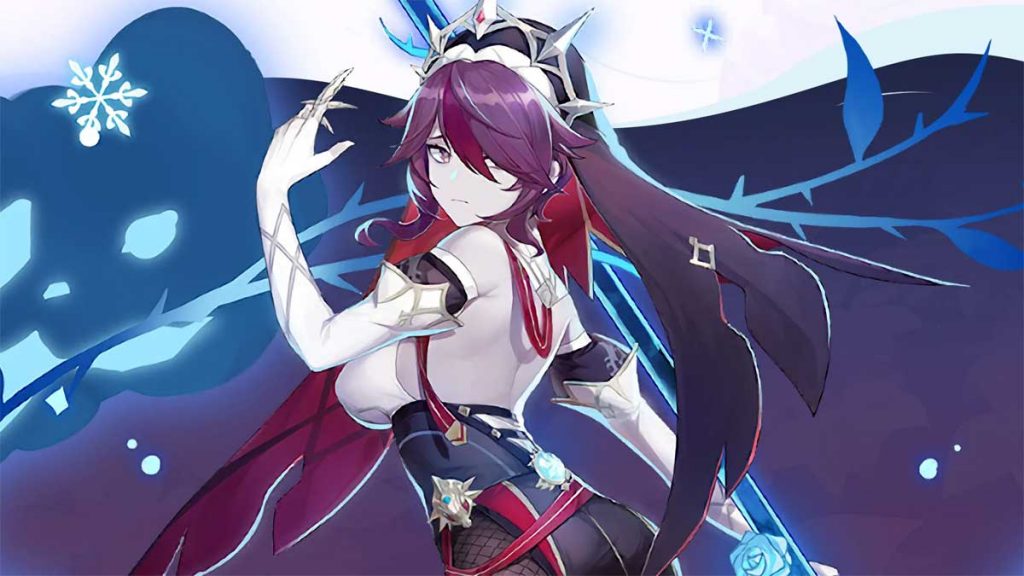 Genshin Impact, the online ‘Gacha’ game for Mobile, PC, Android, iOS and Playstation, has been a runaway success. Since it’s initial launch in September 2020 the game’s revenue has topped $1 billion already, just on mobile spending. However despite this, many of the game’s fans increasingly voice their concerns at the lack of content being released. What’s often  referred to as ‘end game’ content. The latest relase patch 1.4 has received much criticism for being lacklustre for content. Whilst much of this is fair in many respects, thankfully something or someone might be able to save patch 1.4…

Rosaria is the new four star character released with patch 1.4, the first in quite some time. Her character is a Sister in Mondstadt’s Church of Favoinius. What makes this even more exciting at this time is that patch 1.4 adds no new five star characters. Previous patches have usually added two new 5 stars with each new patch. Not so this time as we have seen the first ‘rerun’ banners for Venti and Childe/Tartaglia. Both of these characters appeared on previous banners around six months ago. Therefore many players may already own either, or both.

And that’s where patch 1.4 has been saved, for me. I’d almost forgotten the thrill of building up a brand new character, and trying out different builds and teams. Wandering around the vast open world, tackling monsters and bosses, with a new feel to it. And Rosaria turns out to be a very flexible character, who can work as a DPS, Sub-DPS or a support. (DPS stands for Damage Per Second)

When the details for Rosaria’s were first announced, I wasn’t excited about her at all. However the more I delved into the information, the more curious I became. I thought I’d try and pull her from the new limited banner. Then miHoYo (who make the game) threw a spanner in the works. They added the character of Barbara to the banner, a generallly unpopular character who you get free in-game early on. I didn’t want, or need her should my pulls/wishes be unlucky going for Mondstadt’s ‘Sister Act’ (Rosaria).

I was going to need every piece of luck I could get. This is where ‘Summoning Rituals’ come into play….

The Habit Of Summoning Rituals

Before I talk about summoning rituals, let me first explain what ‘summoning’ actuallly is in ‘gacha’ games.

Genshin Impact revolves around (primarily) collecting different in-game characters, and weapons. The majority of characters available are designated as four star (out of five). Then there are a select few that are the cream of the crop, supposedly. These are the five star (5*) ones, that you are far less likely to receive when summoning. The odds of getting a 5* is far less than a 4*, which is why they are generally stronger characters – and more collectable.

Therefore because the odds of summoning a particular 5* character is so low, some players try to game the system. They do this, or tell themselves so, that performing certain actions will boost their chances. It’s purely superstition of course, but at the same time just a little piece of added fun. Some common summoning rtuals are using a team of certain (specific) characters when summoning. And although slightly macabre, they might try by “sacrificing” a specific character within the game, before summoning.

So with all of that in mind, here’s what I tried in some “rituals”.

Confessions Of A Summoner

As Rosaria  hails from Mondstadt, I used a team comprised of other Mondstadt characters. Also in her release trailer she’s shown drinking in the tavern. So the characters I chose all had connections to the wine industry. My team for summoning was Barbara, Kaeya, Diluc and Diona. I took my team to the top of Mondstadt’s cathedral by scaling it and then I…..sacrificed Barbara. Jumped off the top of the spire to her (computer game) death far below. Next I enetered the cathedral with Kaeya and headed for the altar. I got the character to drink an in-game drink of Holy Water. Then I hit the ‘Summoning’ button hoping to get lucky….

….and to my surprise, it worked! In my 10 ‘pulls’ (or summons) I got Rosaria and avoided all the other characters I didn’t want to receive. Well that was easy, I told myself. It couldn’t have gone better, and I got exactly what I was after. In fact it had gone so well, and seemed so easy, I thought I’d try again with my other account. I should have known that repeating your luck isn’t always so easy.

Trying to repeat my success with this summoning ritual on my second account failed miserably. I used up 50 summons/pulls and ended up with a dreaded Barbara and three copies of Fischl. Not a sign, or a vision of Rosaria. Oh well I thought, it is a load of phony superstition after all. I was out of wishes (summons/pulls) now. So I had to admit defeat and accept I probably wouldn’t get Rosaria on the other account.

However a few days later, after having accumulated enough wishes/pulls, I decided to have another attempt. Nothing ventured, nothing gained. Right? But I felt I need to try a new and different summoning ritual, for some new ‘luck’. They say lightning never strikes twice.

So this time I decided to try a different in-game location. Still in Mondstadt, but this time at the tavern instead of the church. I still did the “sacrificing” of Barbara off of the cathedral spire, but moved on to the tavern from there. Inside the tavern I ordered one of each of the 3 drink available to buy there. I gave one of each to the 3 remaining characters, plus the holy water for extra luck. Nothing left to do now but summon for Rosaria now…

…and it worked again. A Rosaria for my second account to go with my first. And again I avoided any characters I didn’t want from this banner. A happy gamer, was I.

Rosaria’s play style is very easy to get the hang of in battle. Her elemental ‘skill’ is quick to use and repositions her on the battlefield nicely. This skill has a ‘cooldown’ of 6 seconds before you can use it again but this isn’t a big problem. By simply performing a few attacks while it cools down, the time it is unavailable barely notices. I’ve really enjoyed battling monsters I was tired or bored of, because Rosaria’s style makes them feel fresh and new. She has given new life to a game patch (1.4) that was feeling rather bland.

So what do you think of Rosaria? What are your thoughts about patch 1.4? Or the game in general and where it’s going? Do you have any favourite play styles for Rosaria? Or some of your own personal summong rituals? Please feel free to let me know in the comments below. 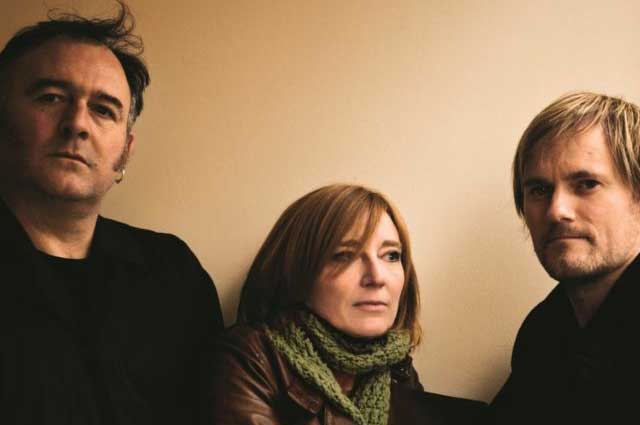 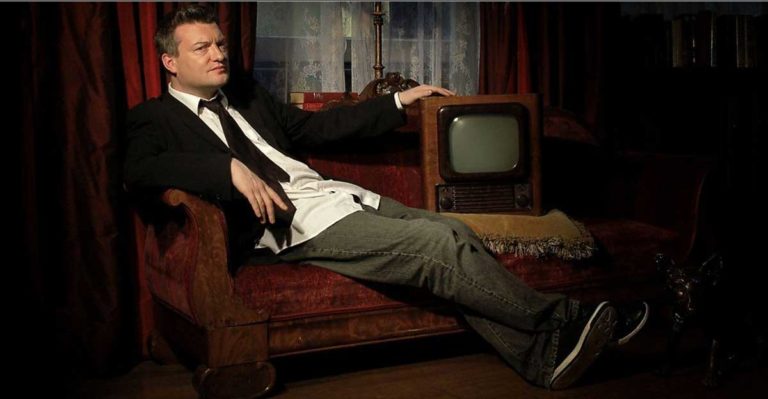 Saturday 21st April saw the latest annual Record Store Day celebrated here in the UK, and around the world. A raft of special limited edition vinyl and cd releases (and 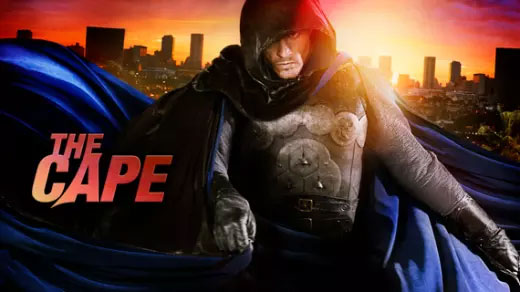 NBC will air a pilot for it’s new show The Cape on January 9th. But if you’re an iPad owner you can catch an exclusive version of it right now,